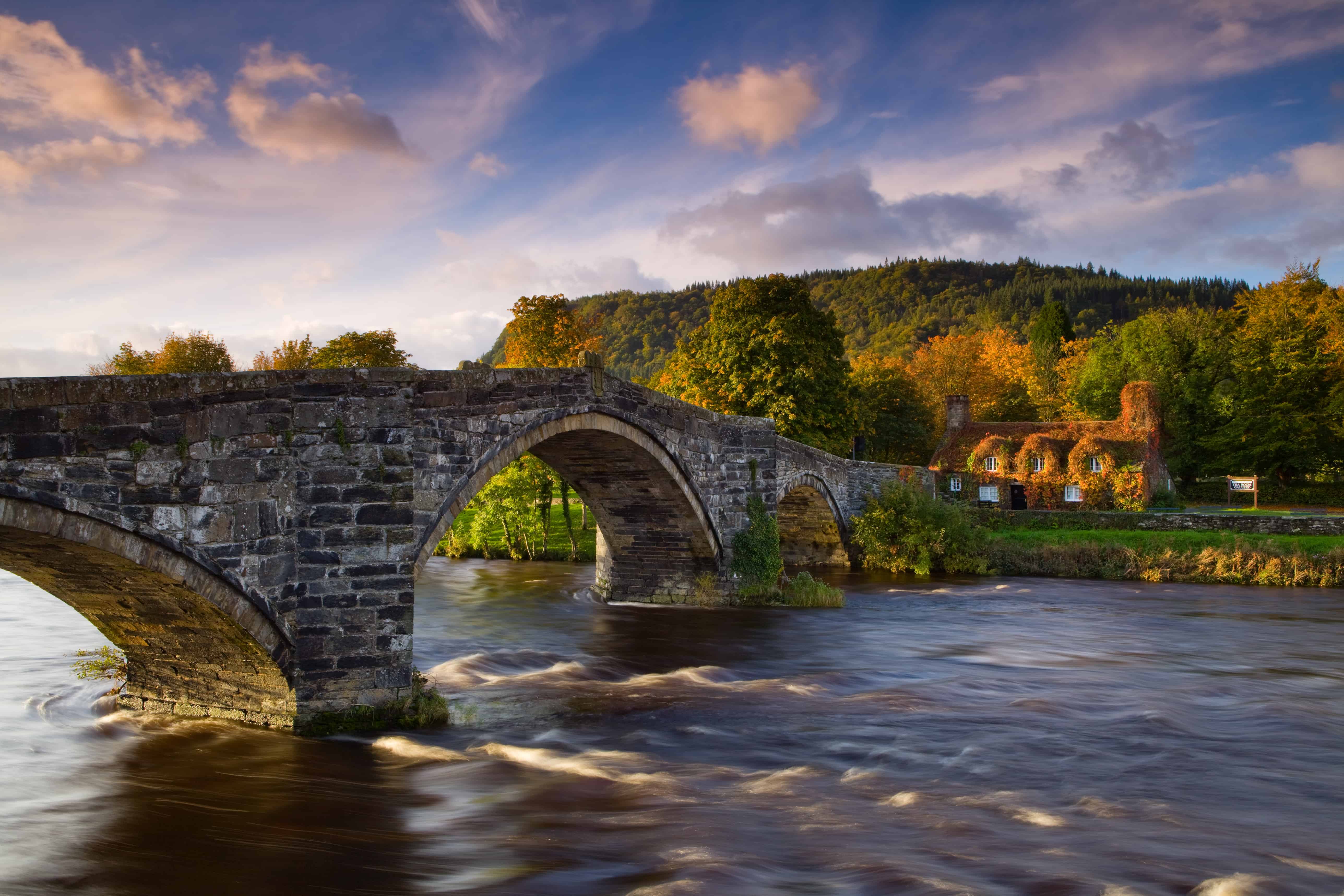 Break For The Border

I’m paying my respects to the dead on the fringes of Chirk Castle. Having crested Offa’s Dyke and surveyed the land like a medieval king, I’ve descended via the soft-earth track towards the hamlet of Castle Mill. Now I’m asking for safe passage from the ancient spirits at the Gate of the Dead, a gnarled, 11th-century oak tree, sugar-frosted on my winter jaunt. It feels like venturing into the lair of the White Witch.

Offa’s Dyke Path on the English-Welsh border offers plenty of physical manifestations of Wales’s rich folkloric fabric. The eerie oak marks one of the bloodiest sites along the dyke where, according to legend, King Henry II led an army against the Welsh Princes to the 1165 Battle of Crogen. The dark, tangled forests of the Ceiriog Valley were the killing ground for one of the first battles of Welsh independence.

I’ve come to hike a section of the long-distance walking trail between the Shropshire Hills and the Clwydian Range and Dee Valley. The path still clings to the original dyke, badger-burrowed and frost-eroded. The National Trails’ acorn symbols lead me along some of the best-preserved sections of the dyke, while buzzards, red kite and black grouse accompany my tramping.

Walkers love Offa’s Dyke, but few know the legends surrounding the linear earthwork that forms its 82-mile-long backbone. Offa, the 8th-century King of Mercia, built the dyke as a Saxon statement of intent against rebellious Welsh tribes. The ditch and high-earth ramparts subsequently ran with blood for three centuries of border skirmishes.

The monk Asser, in his 10th-century “Life of Alfred”, first described how King Offa terrified the neighbouring chieftains with “…a great dyke built between Wales and Mercia from sea to sea”. Stories survive to this day of the devil preaching to monks along it, and the writer, George Borrow, described how any Welshman discovered east of the dyke would have his ears cut off. Midway along the trail at Knighton, home to today’s Offa’s Dyke Centre, legend says it was possible for a man to sell his wife at the town’s clocktower until the mid 19th century.

My own linear walk is devoid of devil deals and spouse-selling but it does build towards a dramatic crescendo at Pontcysyllte Aqueduct outside Llangollen. The white-knuckle walk across the threadlike path, some 127ft above the River Valley, canal boats within touching distance, is tense, but Thomas Telford’s civil-engineering masterpiece is a sheer piece of theatre in this landscape. King Offa may be long gone but the path is still full of wonders.

For a selection of hotels in the Wales, including the latest special offers, visit Best Loved Hotels in Wales.