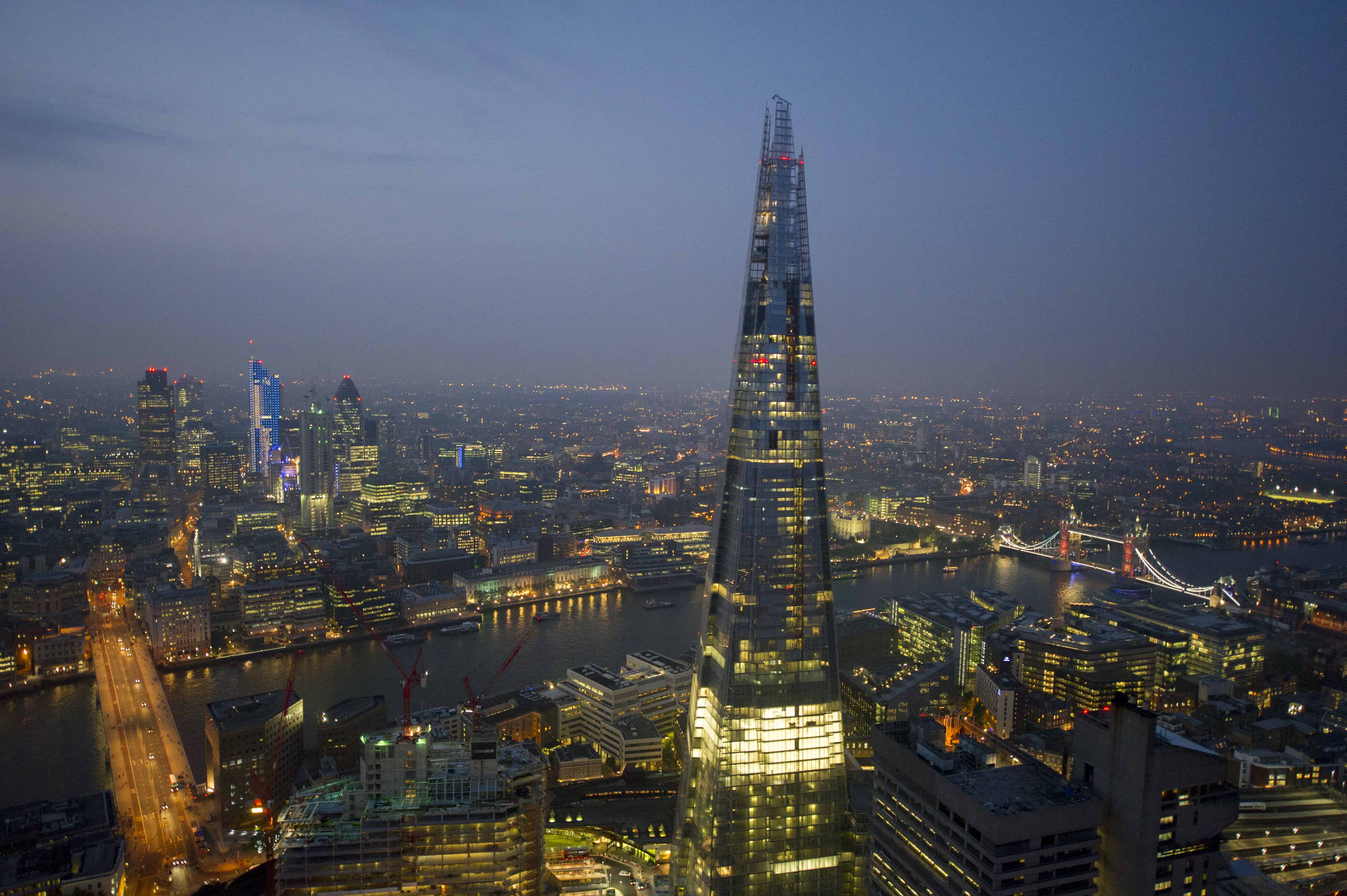 Eye in the Sky

I hear the chopper long before I see it. Even above the workaday din of Battersea’s busy streets, the distinctive thock thock thock of the rota blades cannot be mistaken. It’s surely the coolest darn engine noise made by any vehicle invented, transforming passengers into Bond before they’ve even set foot on the helipad.

There’s certainly an exhilarating whiff of Special Forces (and aviation fuel) lingering around London Helicopter’s smart check-in lounge, its picture windows framing the Thames-side heliport, where a shiny, gun-metal grey chopper is being waved in by black-clad ground staff. Ours, which lands shortly afterwards, is a more exotic bird: a bright orange AS350 Single Squirrel, which, after we’ve been discreetly weighed in (scales revealing themselves only to staff), I share pretty intimately with five other passengers.

It’s a neat little thing, our helicopter, affording scant rooms for elbows and knees but the squeeze soon gives way to a shake, the shake to a thrilling gravity defying lift as the ground fast recedes under us. We’re off! Quickly rising to 1,500ft, cutting through the air at some 155mph, the sights come thick and fast. They’re roll-called by the pilot, who simultaneously manages to narrate, and communicate with control over his headset. We can chat to him too via ours, making us look very much the part of co-pilots but no one says a word. We’re too busy trying to fix eyes on the intricate patchwork of sights laid out beneath us.

We bank hard left over Barnes Wetland’s marbled greens and blues, Heathrow’s runways and Wimbledon Centre Court in the periphery. Then it’s north-east following the serpentine swoops of the Thames, buzzing past Buckingham and Kensington Palaces, Horse Guard’s Parade doing a fine impression of a giant sand pit, then over Westminster and Tower Bridge.

Into the belly of the city, the greens of London’s parks vanish, packed skyscrapers like components on a giant circuit board, seemingly shattered where the Shard cuts up out of the segmented, silvery roof of London Bridge Station. Out east, the Olympic Park’s Aquatic Centre also winks its shiny shell at us; further still the Thames Barrier gives us a salute, one of its steel gates down.

A Londoner born and bred, I’ve been lucky enough to see my city from numerous VIP vantage points. A slow roll over the Thames on the London Eye, a daredevil abseil from the Orbit, a cocktail-tinged panorama from Shard’s Sky Pod: special bird’s eye experiences, all. But nothing, frankly, compares to burning through £200 in an 18-minute chopper tour over the UK’s capital.

For a selection of hotels in the North of England, including the latest special offers, visit Best Loved Hotels in London.