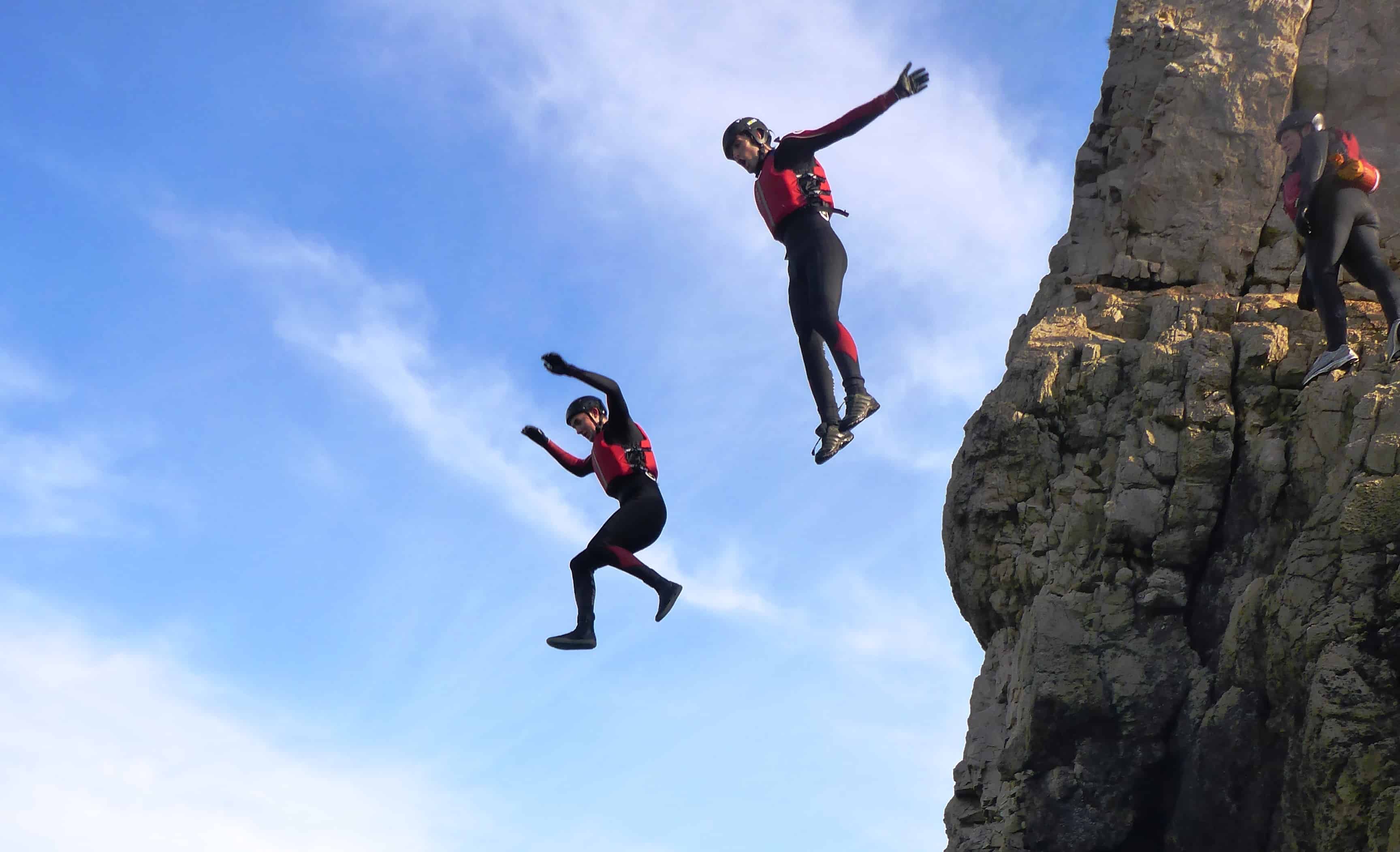 As the wave hits, I spin and splutter. Fingers of freezing water sneak beneath my rubber armour. Blinking through the white-frothed blue, I see an even bigger swell bearing down, about to deliver another salty slap. Here it comes… Boooooooooooooooooof!

I’d always been unsure about coasteering – the sport of exploring rocky shores by clambering, swimming and jumping over, round and off them. It sounded a bit extreme: get kitted up in wetsuit, helmet and buoyancy vest to shimmy along cliff-faces, leap off rocks, and bob about in chilly waves. But after a morning playing in Dorset’s wind-whipped seas, I’m completely converted.

It’s not just that it’s so much fun, it also turns out to be one of the best ways of exploring the UK’s most fascinating stretch of shore. The Unesco-listed Jurassic Coast, which stretches from Exmouth in east Devon to Old Harry Rocks, near Poole in Dorset, lays bare 185 million years of geology, layered like a super-size Viennetta. Coasteering here means you can get intimate with all that ancient earth-making in the most thrilling way. When conditions are right, you can even leap off Durdle Door – a three-metre-high rock stack on the limestone arch’s outer edge – for the ultimate photogenic jump.

Coasteering is extremely safe, I’m assured by my instructor, Dan, during a pre-dunk briefing on the cliff-top. Once I’m swaddled in the right gear, Dan teaches me the necessary hand signals, so that I can communicate in the water; two bangs on top of my helmet means I’m OK, one arm held up in the air means I am not. Indeed, coasteering is, says Dan, doable by almost anyone with a sense of adventure. Sessions are tailored to participants’ gung-ho levels; he’s led groups people aged from eight to 80.

Still, I am nervous when I first crunch across the shingle of Man O’ War Bay and wade out into the water. Dan and I head for a rock ridge, buffeted by breakers all the way. Reaching the rock, I haul up and scramble across its geologic flakes, timing my moves so that I don’t get thwacked by an incoming wave.

From my offshore perch, I look back to land. I can see the strata of ages – Triassic, Jurassic, Cretaceous – striped across the cliffs. It’s fascinating, but here comes another wave to toss me into the sea… Boooooooof!

Sarah Baxter (sarahbtravel.wordpress.com) is an award-winning travel writer and editor who specialises in outdoorsy adventure. Her latest book is “A History of the World in 500 Walks” (Aurum, 2016).