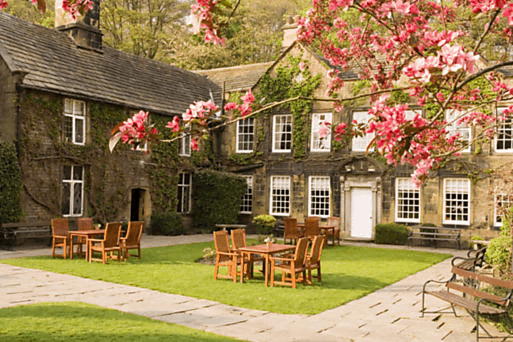 Each region of Britain has its own distinct dishes based accumulated centuries of culture, agriculture, and history. One of the most distinctive is Yorkshire, which is not only England’s biggest county but also the home of some the most famous and “must-try” British dishes.

As Le Tour de France has been a recent visitor and brought a lot of attention and publicity to these parts, this is the perfect opportunity to embrace the local food culture of Yorkshire.

1. Yorkshire Pudding – As the most famous of Yorkshire’s dishes, we couldn’t miss this one out of our list. The recipe dates back to the early 1700s and has continued to be a staple of British Sunday Roasts since then. Yorkshire Pudding is made of only milk, water, flour, and eggs, but baked to the perfect amount of puffiness and usually covered in gravy, mmmm. There’s a reason this dish is still around and famous today.

2. Wensleydale Cheese with Cranberries – This cheese, which people have been enjoying for centuries, is made in Wensleydale, North Yorkshire. It is an acidic cheese with a distinctive honey flavour. To balance out the acidity, sweet fruit is added. Cranberries and Wensleydale cheese are a delicious combination and a must-try.

3. Parkin Cake – Sweet, spongy and infused with ginger, also originated in York, this cake is a treat throughout the year, although it is popular to eat on Guy Fawkes Night. Parkin is traditionally made of oatmeal and black treacle – which is similar to molasses – but the recipe can vary by region. It is best served straight out of the oven!

If indulging in all these Yorkshire treats and cheering on your countrymen in Le Tour de France makes you tired, we’re sure you’ll be wanting to find somewhere you can stay at to eat and relax.

We heartily recommend Whitley Hall. The tranquil grounds of Whitley Hall will be a nice retreat after the hustle and bustle of a large city. Why not stay in the West Wing where Mary Queen of Scots once stayed? Although she stayed here against her will under the custody of the Earl of Shrewsbury, you will be free to walk around the picturesque grounds of this 16th century manor.

If you missed on our Tour de France series the first time round, why not catch up on it now? Check it out here: