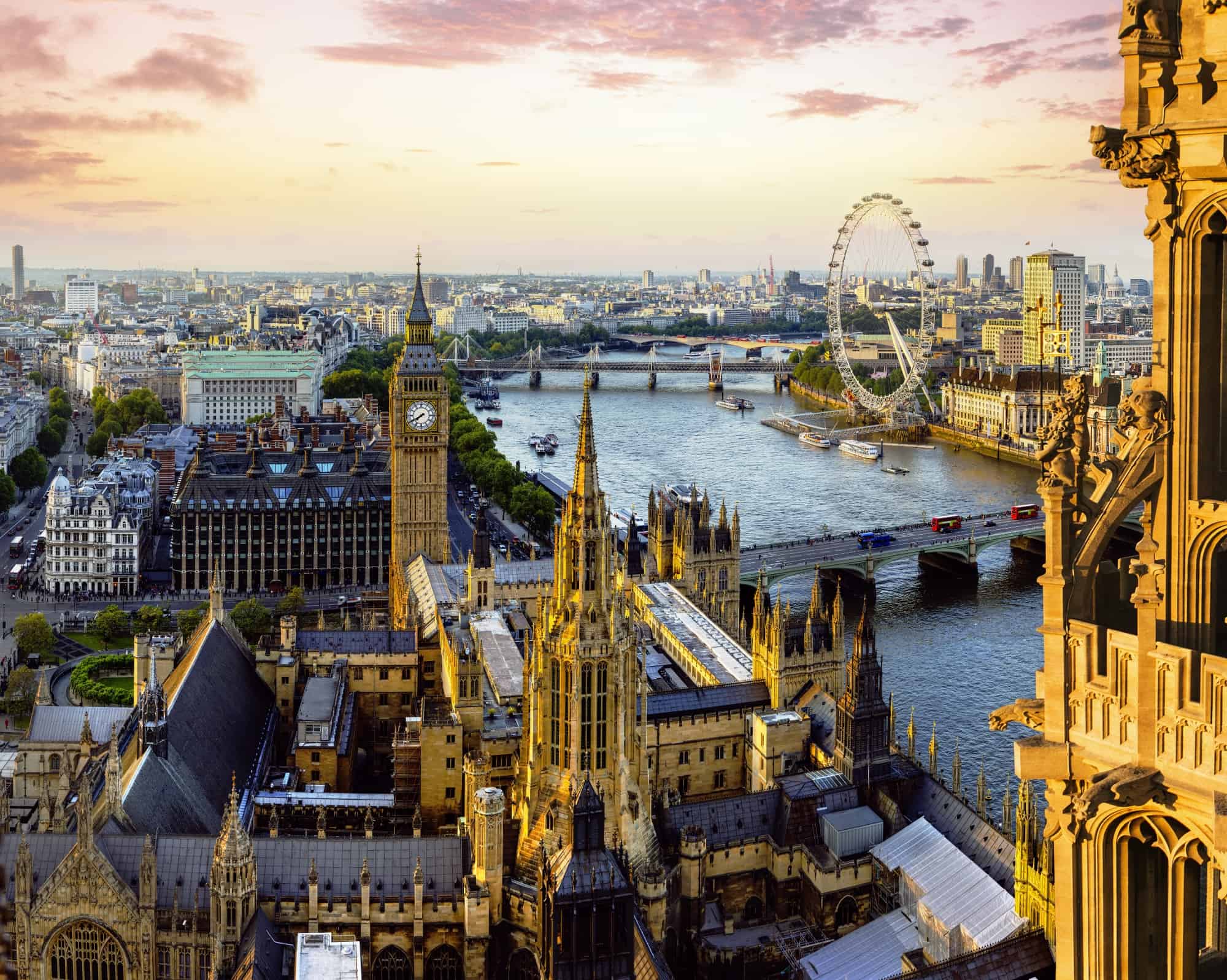 Our Top 6 Things to Do in London

From the verdant expanses of West London’s parks to the trendy late-night excitement of the vibrant East End, London is not one city, but a profusion of radically distinct villages which somehow sprawled together to create one of the most inexhaustibly fascinating places on Earth. Whatever your interests, be it shopping, theatre, museums, nightlife, restaurants, sport, music or a host of other pursuits, our Best Loved London hotels put you at the centre of the action.

Visit Buckingham Palace in summer for an inside view of the London home of Britain’s longest-reigning monarch.

There’s no better spot from which to visit Buckingham Palace than the aptly named Rubens at the Palace. This 4 Silver Star hotel is so perfectly situated you can even watch the royal carriages coming and going from the Royal Mews opposite.

Take a Beefeater tour of The Tower of London to see all four towers, the crown jewels and a dungeon. www.hrp.org.uk

Town Hall Hotel and Apartments is a boutique hotel set in an iconic Edwardian building (Bethnal Green’s former Town Hall) in the heart of London’s East End – ideal for the exploring The Tower, Tower Bridge, The City and London’s trendy East.

At Nelson’s Column get that iconic happy snap with the hero of Trafalgar and his coterie of pigeons.

An ideal 5-star trendy urban hideaway round the corner from Marble Arch, The Arch London is great for shopping on Oxford Street, exploring the fashionable streets of Marylebone and all the West End, including Trafalgar Square.

Take a tour of the Palace of Westminster. A Blue Badge guide leads the way on this fascinating 90-minute journey through the House of Lords and the House of Commons. www.parliament.uk

Home House is a real London institution – you can now stay in one of the most sought-after of London’s private clubs, set in three beautiful townhouses on Portman Square, well situated for the West End and Westminster.

Browse the works in London’s world-beating museums, from the Tates Britain and Modern to the V&A, the National Gallery, The British Museum and the Natural History Museum. www.visitlondon.com

The Draycott Hotel just off Sloane Square is a 5-star retreat from the hustle and bustle of London. Enjoy views over the private garden, plus complimentary tea and homemade biscuits at 4pm, champagne at 6pm, hot chocolate and biscuits from 9:30pm. Well situated for the South Kensington Museums, and indeed for all central London museums.

Ride around the streets like a Londoner in an icon of the city – jump on a big red bus or in the back of black cab.

The Milestone Hotel is an elegant, intimate and luxurious Victorian city residence overlooking Kensington Gardens – ideal for shopping in High Street Ken, Knightsbridge, Chelsea and throughout the West End – all you have to do is jump into one of the plentiful cabs outside.

And for something different…

Slip down the world’s tallest, longest and fastest tunnel slide – the latest exciting addition to the ArcelorMittal Orbit, in Stratford. http://arcelormittalorbit.com

Take to the river Thames on the Puppet Theatre Barge, a cosy floating theatre that departs Richmond telling updates of traditional tales and children’s classics. www.puppetbarge.com

Join a high-energy adventure across various city locations, solving clues and evading the enemy along the way.

Take a peek at the souk-like rug room in one of London’s most iconic stores, Liberty, hung with fine handmade Oriental and Persian floor-coverings. www.libertylondon.com