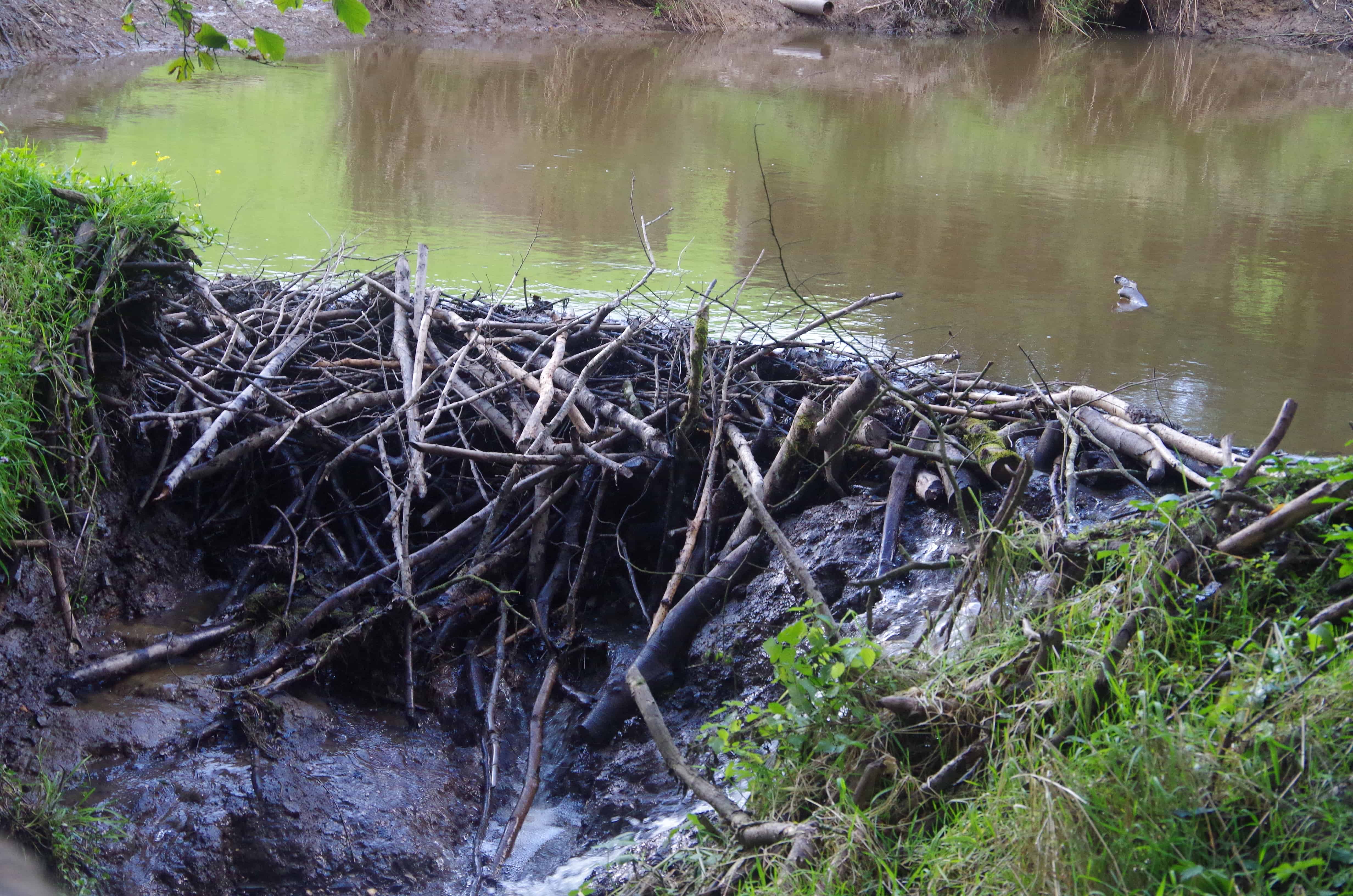 As we arrived at Percy’s Country Hotel co-owner Tony Bricknell-Webb came out to greet us with a warm welcome.  Our room, one of seven, was spacious and very welcoming, with a spacious bathroom, shower cubicle and a huge Jacuzzi bath. A sitting area with a big television and a huge bowl of organic apples made for the perfect place to relax. Tea and coffee making facilities were very welcome having been on the road for almost five hours, as were the homemade gluten-free moist cake for two.

We had a little rest,   Tony offered to take us around the 50 acre estate.  We came prepared with our Wellington boots and off we went down the wooded path. As we were walking, Tony asked if we wanted to see a 200 year old refrigerator.  He pointed at a hole in the side of the path which was built from bricks which was in fact a butter well.  In past times this clever refrigerator was used to store butter and milk.

Tina and Tony Bricknell-Webb have owned this land and property for over 21 years.  Tony explained that they made the conscious decision to dig out and create man made ponds especially to attract as much wildlife into the area as possible. Today you can find a variety of wildlife within the grounds of Percy’s Country Hotel, including kingfishers, pole cats, badgers, a variety of birds, roe deer, red deer, weasels, stokes, squirrels and of course, the little celebrity guests, beavers.

It all started three and a half years ago when two beavers escaped from a gentleman who had brought in Bavarian beavers for the Scottish Beavers Trial and decided to set up home within Percy’s Country Hotel Estate.  They quickly became very fond of the wildlife-friendly environment that Tina and Tony had created and decided to stay.  They give birth to around two to four babies a year, and are currently a family of eight. We continued past a stream and muddy paths as the dogs led the way with enthusiasm.

Tony pointed out the ponds the beavers had created with their very sophisticated and dramatic engineering. The man made ponds were originally around one metre wide.  The Beavers widened these much more by joining the ponds with the stream with their clever dam building skills. They Beavers are very sustainable workers as they take trees down but not from the root, allowing the tree to regenerate for use in the future.

We were left in awe of these delightful creatures having seen the dramatic changes that they had made to their environment.  Although we saw the beaver lodges, we did not see any beavers since they are nocturnal animals.

As the afternoon sun shone down on us we walked to see the animals on the farm.  The grass fed sheep seemed so happy and free in such generous grounds.  The pigs approached us making happy little grunting sounds.

Tony took the stunning horses into the barn for the evening and we got to stroke these huge soulful animals.

In the barn we saw the sheep skins being dried out.  Yes, nothing goes to waste at Percy’s Country Hotel.  They keep these skins, salt and process these and then present them to the customers on entering the bar area where you can purchase one if that takes your fancy.

What happens should you feel poorly and not feel up to working I asked… Tony told me, the cure is self-employment!  I guess this is what keeps this inspirational man so healthy, young and fit.  You see the animals, the grounds, the hotel and the restaurant are a way of life for the Bricknell-Webbs.

After a rest and another cup of tea, it’s time for dinner.  The Restaurant has a beautiful original stone fire area which used to be the kitchen with a bread oven on the side.  Now they have a fireplace sitting in this focal point of the room. Mrs Angry, the Ginger House cat came up to us and meowed for some attention which she promptly received. We were served with our choice of wine, then after the amuse bouche,we were served yellow split pea & onion soup with lovage and chives.

The main course was grilled fillet of Cornish John Dory with the most delicious saffron glaze.

Each and every element of our food was absolutely delightful and beautifully presented.  Tina came out to meet us at the end of our meal.  With such wonderful hosts, we felt like we were visiting old friends.

Following the most peaceful sleep we had ever had we woke up to make our way back to the restaurant for our breakfast.  Presented with a large variety of choices we decided we must go for the Full English Breakfast.  I can honestly say the bacon was the best I have ever tasted.

I chose the cold pressed homemade, part Bramley apple juice.  The juice is derived from the very 12 apple trees  which were donated to Percy’s Country Hotel in 2005 which are among the last apple trees directly related to the original tree. In fact, when Tina decided to set up her own orchard, her path crossed with Celia Steven, the great-granddaughter of Henry Merryweather, the man who first commercially grew Bramley Apple Trees. Celia offered to donate the Bramley trees used to commemorate the bicentenary of the Bramley Apple, which was celebrated in 2009. Celia is delighted to have the trees at Percy’s as Tina knows exactly how to utilise the outstanding qualities of the finest of culinary apples.

Tina from Percys with Celia

Our stay was complete.  Tina sat down with us and showed us an album illustrating the beginnings of the Percy’s project.  Such love, dedication and hard work was put into the hotel, grounds and restaurant.

Tina explained that she cooks with produce from their very own land as well as locally sourced high quality produce.  Tina’s specialises in gluten and allergen free, dairy and wheat, free food.  Tina is also able to cater for special cancer dietary needs.

We left Percy’s Country House hotel feeling enlightened, educated, relaxed and our tummies full.  What a marvellous experience, one I would recommend to all of our readers.

For more information on Percy’s, including the latest offers, click here.

To find out more about the enclosed Beaver Project please visit the pages on the DWT website:  www.devonwildlifetrust.org

The National Trust also provides a useful list of days out in Devon.