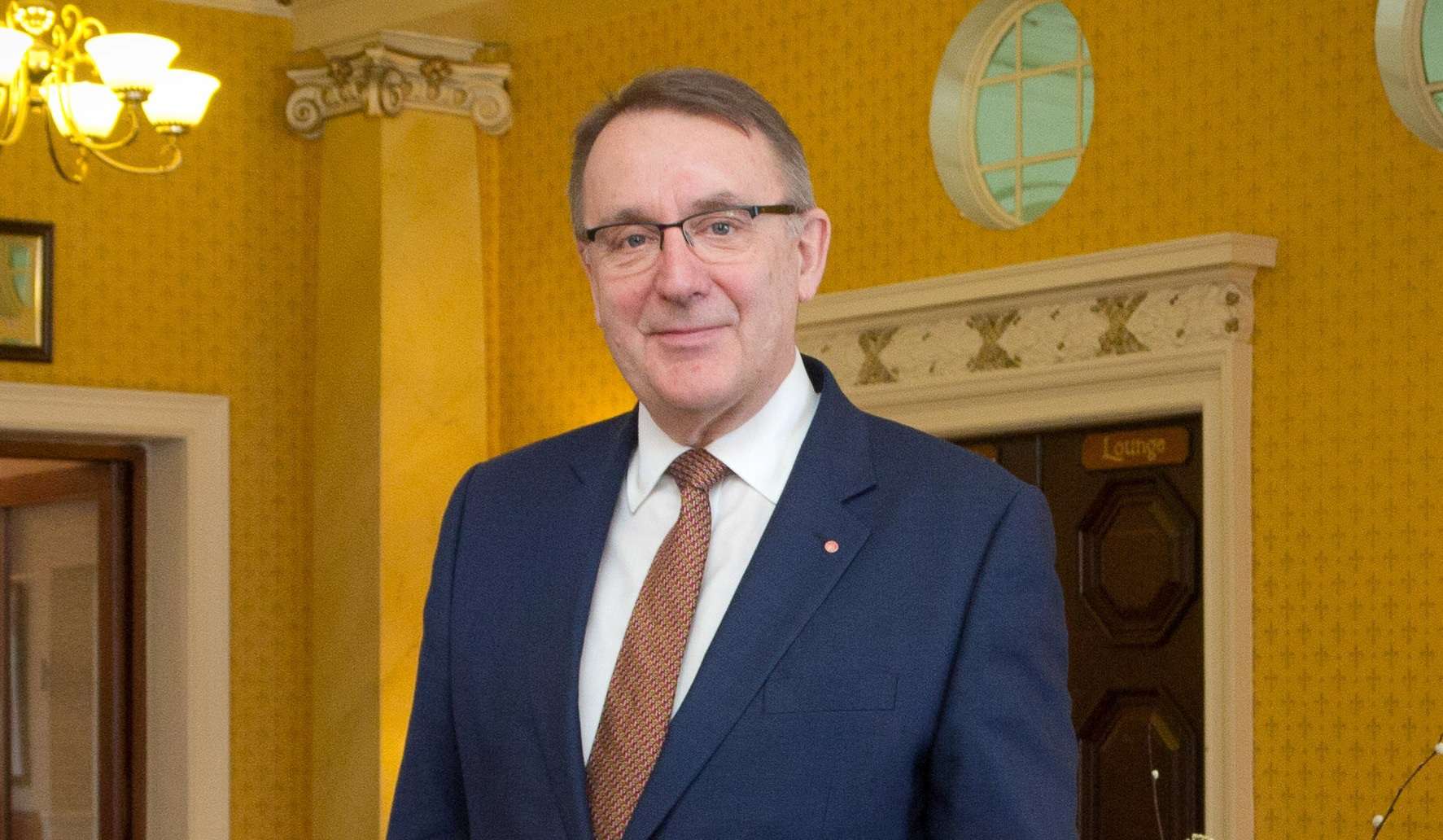 Geoff Lofthouse is celebrating 35 years as General Manager of The Imperial Hotel making him one of the few if not the longest serving hotel manager in North Wales.

A chemical engineer by trade, Geoff got bitten by the hospitality bug when working for a number of hotels during his college holidays, and went on to hone his skills at the Dolphin Hotel in Poole, the Montagu Arms in Beaulieu and Forest Park Hotel in Brockenhurst.   Geoff rejoined Greenclose in 1981, owner of The Imperial and its sister hotels the Montagu Arms and Careys Manor in Hampshire, as manager of the Llandudno hotel.

At the time the hotel was ranked three stars and catered mainly for the coach tour business.  Geoff has always been a hands-on manager and was the driving force behind the hotel’s development adding a health and fitness centre in 1989, refining the dining experience leading to an AA Rosette award for Chantrey’s Restaurant, and a major refurbishment programme which elevated the hotel to four star status in 2007, as well as numerous high profile tourism Awards wins.

Today the hotel offers guests whether for leisure or business the amenities and hospitality befitting a grand Four Star hotel.  As well as 98 bedrooms including four suites with lounges and four family suites, the hotel has eight conference and banqueting suites catering for up to 150 guests, a fine dining restaurant and Terrace for light refreshments. It is also the resort’s largest quality hotel to boast a swimming pool alongside two gyms, a spa bath, steam room and sauna at its health and fitness centre, Mint Condition.

Not content with running a large hotel, Geoff has also undertaken many fundraising initiatives which have seen him competing in various charity events including cycling from London to Paris and from Land’s End to John O’Groats to raise money for Diabetes UK, Dementia UK, Springboard, British Lung Foundation and Wales Air Ambulance to name just a few.

Officially celebrating his milestone on 8 March Geoff commented, “They always say time flies when you’re having fun and the 35 years have been a lot of fun but also plenty of hard work as you would expect, and my thanks have to go to all the staff, both past and present, for all their hard work and dedication.  While there have been many highlights over the years I don’t think there has been such an exciting time to be in the region’s hospitality industry as at the moment.  With the opening of the recent adrenalin attractions and plenty more exciting developments planned, North Wales has firmly been put on the tourist map and I am very much looking forward to the future.”

In 2014, Geoff was made a director of Greenclose Hotels and is a Fellow Member of the Institute of Hospitality, Welcome Host International Pilot Scheme Advisor, a member of the Llandrillo College Council, North Wales Tourism Association, Llandudno Hospitality Association and has just been elected to join the Llandudno Big Hospitality Conversation Steering Group and the ION Advanced Leadership Programme at Bangor University.

Click for more information and special offers for The Imperial Hotel, Llandudno.