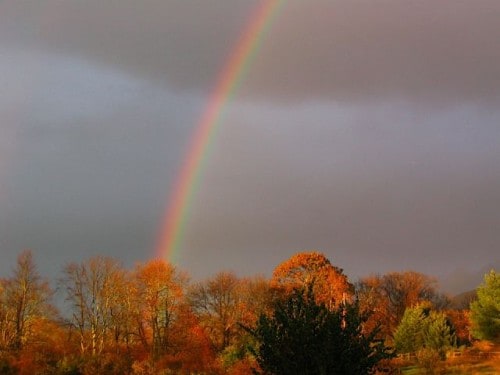 “This week’s #Autumn theme has yielded some beautiful pics” @mikemoffo

Last Friday’s #Frifotos Photo Forum theme was Autumn and once again the images offered up were staggering. We wondered what direction our twittering friends would take with the idea of Autumn. Looking over the hundreds of images most of them broke into one of two categories:

Mother Nature, Gaia, call it whatever but we must be thankful for having seasons and the visual gifts they provide. #FRIFOTOS observers were provided with some fantastic eye candy. Some of the most commented included @chic_travel‘s spectacular autumn rainbow http://yfrog.com/ndqivoj and @ChrisJGabaldon view of Central Park New York http://twitpic.com/31wnn9.

Turning mother nature into an artform, we enjoyed @kirsten_al fall leaves in the Midwest https://yfrog.com/mz3amkj and @matronB photographs capturing such wonderful seasonal colours were exceptional. In the same vein was @RitzCarlton’s waterfall in Lake Triton during Autumn at Powerscourt in Ireland http://twitpic.com/31w931

fall leaves in the Midwest (@kirsten_al)waterfall in Lake Triton (@RitzCarlton)

An under the weather @budgettravelsac contributed some mighty fine California photos including http://twitpic.com/31w8oj. Finally a timely Autumn sunset over New York was captured especially for this segment by @midtownNY: Autumn Sunset today 10 29 10 – 6:30pm http://twitpic.com/320a11

The second group included the things we do that make autumn special although we might enjoy some of these activities at other times of the year. In autumn, as the days grow shorter, life gets a bit more serious or does it! Walking, strolling, running in Autumn proved popular with some lovely Boston images by @MO_HOTELS http://flic.kr/p/8NWtci. Look what @_Sue_Ross encountered on her morning run http://twitpic.com/2ztm2v or the mystery caught by @CorkBilly while taking a walk in the Fota Arboretum near Cork http://yfrog.com/ndlxvfj. @aboutlondon missed #FRIFOTOS! She was busy enjoying autumn in Oxford http://twitpic.com/31w6pb

Autumn is a time to gather in the harvest as rightly suggested by @LuxuryTravelMom with the best apples can be found at the top of the Tree http://twitpic.com/31wtfd! @barefoot_chic reminded us that Autumn also means football with her picute of  the stadium at University of Michigan homeof the Wolverines.

And what would Autumn be without Halloween. #FRIFOTO’s fans defined ‘scary’ in different and sometimes unexpected ways such as @LuxeTiffany St Bart’s scary runway http://twitpic.com/31wya5 We really liked @amberdegrace’s pumpkin carving of stars and moon http://yfrog.com/mjyyzzj!

Finally, the Forum turned its attention to what many do in Autumn and that is travel.  We were a taste of Dublin by @LandLopers. @traveldudes took us to Fiji and @VianniTravelssuggested a trip to Cap Cana in the Dominican Republic http://twitpic.com/31x9fk

We look forward to this Friday’s #FRIFOTOS the announcement about the them to be made shortly. To learn more about #FRIFOTOS and the Rules for submitting your photos. Simply click here.