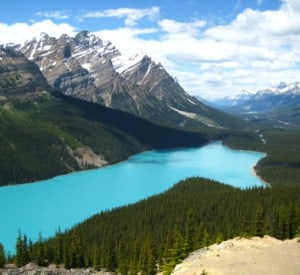 This week’s #Frifotos theme was ‘Nice View’ and the Twitterverse did not disappoint. From the many images uploaded it probably would have been better if we had decided to make this week’s theme ‘Fantastic’, ‘Awesome’ or ‘Stunning’ Views. We extend a big thank you to everyone who posted an image or commented on images. It was fun seeing the wide range of pictures covering virtually every continent.

There were #Frifotos submissions and comments from important travel writers respected global bloggers and social-media bigwigs like: @StayAdventurous with his stunning picture from
the Brooklyn Bridge; @chic_travel‘s moody moody saxophonist in Hong Kong, and @budgettravelsac Antarctica picture. There was a lot of buzz for @velvetescape‘s nighttime image of Victoria Peak in Hong Kong and @earthXplorer’s stunning images from Iceland. @EngagingIreland and @HotelPRGuy offered up some pretty neat and diverse photos. There was lots of applause for @FrancescaMaz view of Venice’s Canals. Also impressive was @MikeMoffo’s Boston-based sports images, and, we all loved @LuxuryTravelMom poignant and timely image of a Haitian sunset.

To see a selection of #Frifotos images, we can thank a great Twitter app HashAlbum.com. This nifty little application has aggregated all of the images that were submitted using twitpic, plixi, yfrog, and owl.ly with captions of the tweeter and descriptive tweet which had the #FriFotos hashtag. Unfortunately, this application does not aggregate images where the image appears within a tweeter’s blog or website.

That said here are some #Frifotos images we think really stood out.

In short thanks for making last week’s #Frifotos a success. Please join us Friday at 11a Eastern Time (4p GMT) for this week’s #FriFotos.

Jonathan Epstein @EpsteinTravels who created the concept behind #FriFotos will announce this week’s topic at about Noon (Eastern Time) on Thursday so stay tuned!

To learn more about #FRIFOTOS and the Rules for submitting your photos. Simply click here.