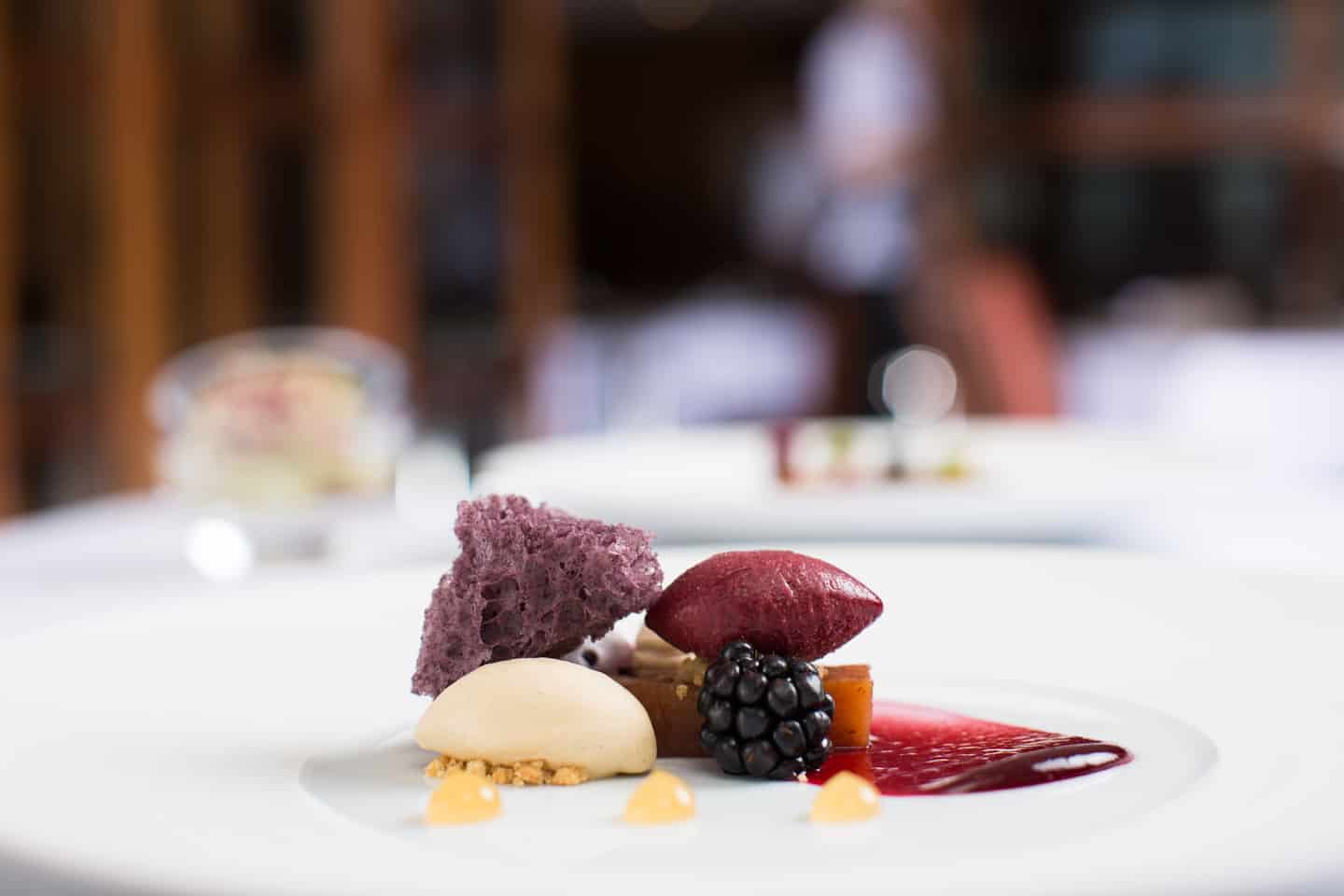 Bohemia Restaurant at The Club Hotel in Jersey is unquestionably one of our favourite restaurants in any Best Loved Hotel.

Head Chef Steve Smith (who at 24 was one of the youngest chefs ever to win a Michelin Star when he was first awarded one ten years ago) has gone from strength to strength in the last year having been named Catey Chef of the Year 2014, retaining Bohemia’s Michelin Star,

being awarded 4AA Rosettes, as well as being listed in The Sunday Times Top 100 Restaurants, with special praise being given to Bohemia’s desserts which were listed ‘6th Best in the UK’.

The restaurant itself is more appealing than ever after a major refurbishment revealing a stunning new interior design by renowned designer Jan Goff.

Steve has been kind enough to pass along some cooking tips. First off, here’s a video of Steve taking us through a couple of the best ways to cook Jersey Royal potatoes:

Secondly, just in time for the BBQ Summer we all hope to have, is Steve’s Cheat Sheet for enjoying barbeque safely:

It may seem obvious but if you want to avoid any disasters then you need to make sure the BBQ is lit properly and is not in the proximity of anything that is potentially flammable!

Make sure that any poultry or pork items are thoroughly cooked to avoid food poisoning.

To know if you have the right temperature to cook with you just need to wait for the flames to die down, and check the colour of the coals. They should glow red underneath and be white on the top or you can buy BBQ thermometers from any good BBQ retailer.

Generally any type of fish, lamb or beef are the safest items to cook for those concerned about becoming ill at a BBQ, as they are low risk meats. You can cook them rare, medium, well done or as you would normally. Also you should always use separate utensils for cooking and serving.

Any pork and chicken items are the highest risk food generally cooked on the BBQ and you need to check that they are thoroughly cooked. Also make sure they are consumed immediately. If you leave them outside on a nice day for more than 30 minutes you are running a risk of giving someone food poisoning! Also try not to serve any form of rice salad, as it will likely spend the entire day sat out in warm conditions.

BBQs are not just about meat, any type of vegetable kebabs are great! Be bold and use vegetables such as onions, peppers, aubergines, and kholarbi.

Many people think that leftovers can be used the following day. This is generally a no no. Cook only what you need for the BBQ or you will just have to eat it all!