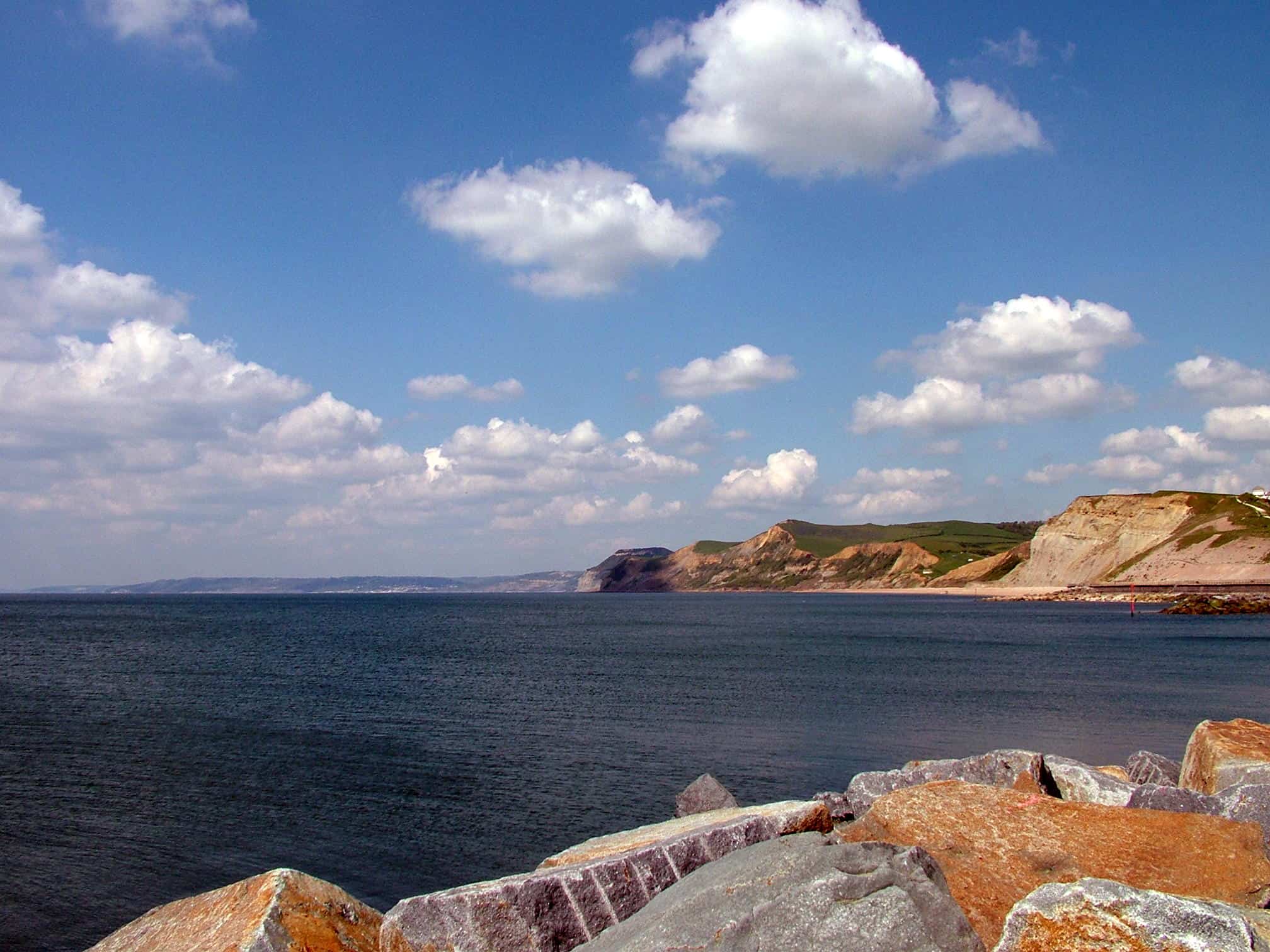 Celebrity Glow – On Dorset as a Film & TV Location

There’s nothing like a little celebrity stardust to help raise spirits and profiles. West Dorset has had more than it’s fair share in recent times – recognition that the region is made for film and television. In my former life, before the hotel, I worked for many years as a television producer making documentaries. The location of these films was dictated by where the stories were taking place. In other words I had no choice where they would be. If I was lucky, I’d end up somewhere nice like West Dorset. Invariably, it didn’t work out that way.
This is a world apart from drama where location scouts are paid to find the most suitable places to film. The makers of ‘Broadchurch’ were heavily influenced by the series’ creator who luckily came from Bridport. While the latest film incarnation of Thomas Hardy’s ‘Far From the Madding Crowd’ to be released in May chose to return to the Dorset author’s home county, presumably as no other could be replicated elsewhere.

In the past, Dorset has also played host to other productions. Director Stephen Frears and a host of A listers graced the hotel while filming Tamara Drewe a few years ago. Gemma Arterton, Dominic Cooper & Tamsin Greig were delightful visitors as well as Luke Evans, Roger Allam & Bill Camp. Nothing wrong with a little name dropping even if the film didn’t do as well as expected. The 1981 Academy nominated version of the French Lieutenant’s Woman saw Meryl Streep and Jeremy Irons help re-establish John Fowles’ characters back in Lyme Regis.

What they all use is an amazing county for the backdrop for their productions both coast and countryside. But does the reflected glow of celebrity actually do any good? Or might they well as be invaders from Mars? Invariably, on big productions, juggernauts roll up dispensing every kind of food offering cast and crew could want. I heard one disgruntled restaurant owner in West Bay, now Broadchurch, complain that he hardly saw anyone from the production eat at his establishment even though a fleet of production vehicles were parked virtually next door.

Productions have their budgets so nailed down these days that this is hardly a surprise. What can’t be measured is the reflected glow that celebrity brings to a region and inevitably increased business for those able to take advantage. The number of times I have been down at West Bay and overheard ‘Broadchurch this’ and ‘David Tennant that.’ These people then buy fish & chips, have a drink in the pub or visit a gallery. They then go home and spread the word.

As far as hotels are concerned, celebrity and film or television productions can be a mixed blessing in my experience. They get you all excited by dangling the prospect of a block booking for weeks. Then they want it peak season when the rooms would full anyway and for a price. Finally, they’ll change the dates and pay you late.

However, I will always try to find a way of saying yes. Some of the nicest visitors we have welcomed have been from some of the smaller productions such as Escape to the Country who regularly trawl this part of the world for properties to lure townies. As a result of one of their stays we ended up featuring in the programme with chef, Steve Pielesz, demonstrating his skills with snails.

Our experience of celebrity at the hotel has always been a very positive one. The delight to discover that the likes of Joanna Lumley is as nice as you imagined and hoped she would be, is a real pleasure and adds to the already rich tapestry of hotel life. We never let anyone know they are coming or when they are staying just in case of unwanted attention.
Even when productions backfire such as the failed Nick Berry series, ‘Harbour Lights’ also filmed at West Bay, it’s great to be in the spotlight. There must be dozens of regions to have never had anything. West Dorset, though, is swamped with celebrity chefs and can count itself as one of the most popular film and television destinations in the country. Just one look at its golden Jurassic cliffs, stunning towns like Lyme Regis, Dorchester & Weymouth and even more spectacular countryside and you can see why.

I can’t wait to see the new version of ‘Far From the Madding Crowd’ – the fourth on film as it turns out. Although the story has been told many times before – Julie Christie, Alan Bates & Terence Stamp made it their own in the mid-Sixties. With the likes of Michael Sheen and Carey Mulligan in lead roles there’s the potential for box office success. I also hope that West Dorset receives the credit its due.

Click for more information on BridgeHouse, including available special offers.