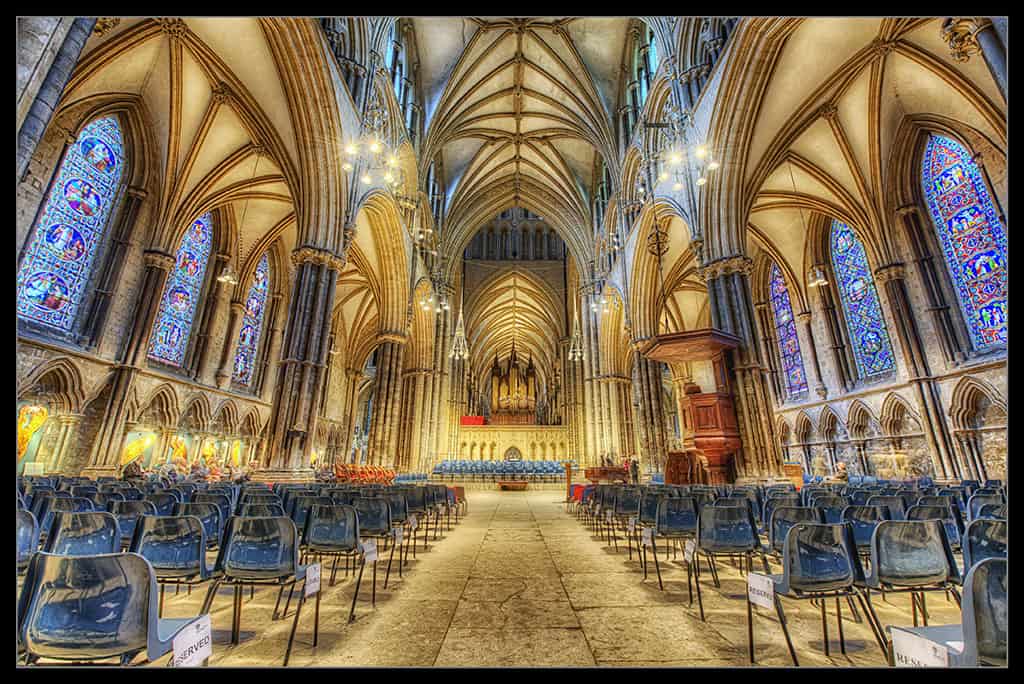 This week’s blog will tell you more about Lincoln Cathedral.

The impressive Lincoln Cathedral – or in full, The Cathedral Church of the Blessed Virgin Mary of Lincoln – is situated in the heart of Lincoln, Lincolnshire. The building was started being built in 1088 and was finished in 1311. Due to a fire around the year 1141, a huge part of the cathedral was severely damaged and was later rebuild with such workmanship that it was believed to be more beautiful than before. However, in 1185 the Cathedral was damaged due to an earthquake, leaving it in such poor condition that the reconstruction work, which began in 1192 – took eight years to complete! During this reconstruction, the Gothic style was used and larger windows and roof spans were put into place. The restoration was paid by locals, or so they say, as St. Hugh, a saintly man, stood up to bullying kings and felt protective over ordinary men and women. A statue of him can be found on the southwest turret.

It is recommended to take one of the most interesting tours through the Cathedral, as this will give you a broader insight into the Cathedral’s rich history. You can choose from a floor tour, roof tour and/or a tower tour. The floor tour runs daily, except on Sundays and visitors do not have to pre-book. The tour takes about an hour. It is recommended to pre-book the roof and tower tour!

Enjoy your stay at its fullest and stay at one of our gorgeous hotels in and near Lincoln! Washingborough Hall is an intimate family-run hotel on the edge of historic Lincoln. Up a path lined with sundials and statues, and surrounded by trees, you will find exquisite Washingborough Hall. A fine Grade II-listed Georgian manor house, secluded Washingborough is little more than two miles from the cathedral city of Lincoln. Branston Hall Hotel is an ideal country house escape in Branston, which is situated only three miles south from Lincolnshire in 88 beautiful acres of typically English wooded parkland and lakes. The magnificent reception rooms are beautifully furnished in period style overlooking gorgeous grounds and lake.