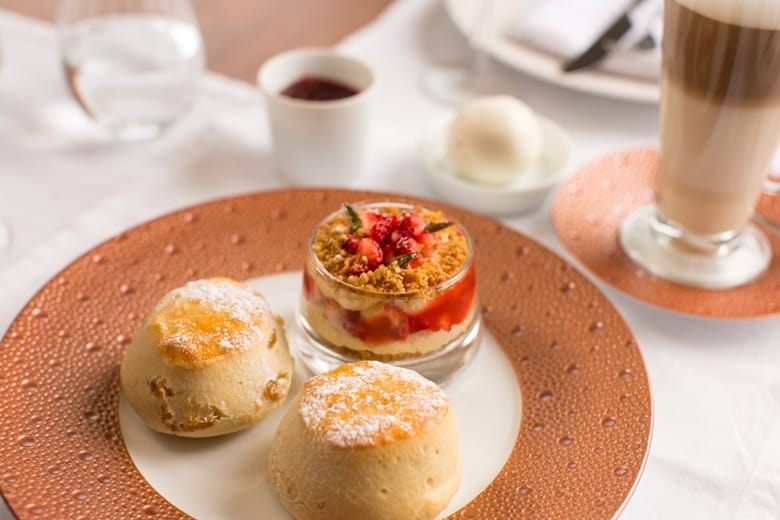 The Club Hotel’s Bohemia restaurant has undoubtedly had a great year. Not only has Head Chef Steve Smith retained his Michelin Star (which he has held for over a decade since the tender age of 24),Bohemia Restaurant has also been named by the Good Food Guide 2016 as the 21st Best Restaurant in Britain and the only restaurant on Jersey to be in the top 50. That ranking puts Bohemia ahead of such 3 Michelin-stared restaurants as The Waterside Inn an Alain Ducasse at The Dorchester. Add to that being named Catey Chef of the Year, being awarded 4AA Rosettes, as well as being listed in The Sunday Times Top 100 Restaurants, and we call that going from strength to strength. Special praise was given to Bohemia’s desserts which were listed ‘6th Best in the UK’.

Since those desserts are so famously scrumptious, we’re delighted that Steve is sharing his delicious fruit scone recipe which was created for the hotel’s Bohemian Afternoon Tea Collection: