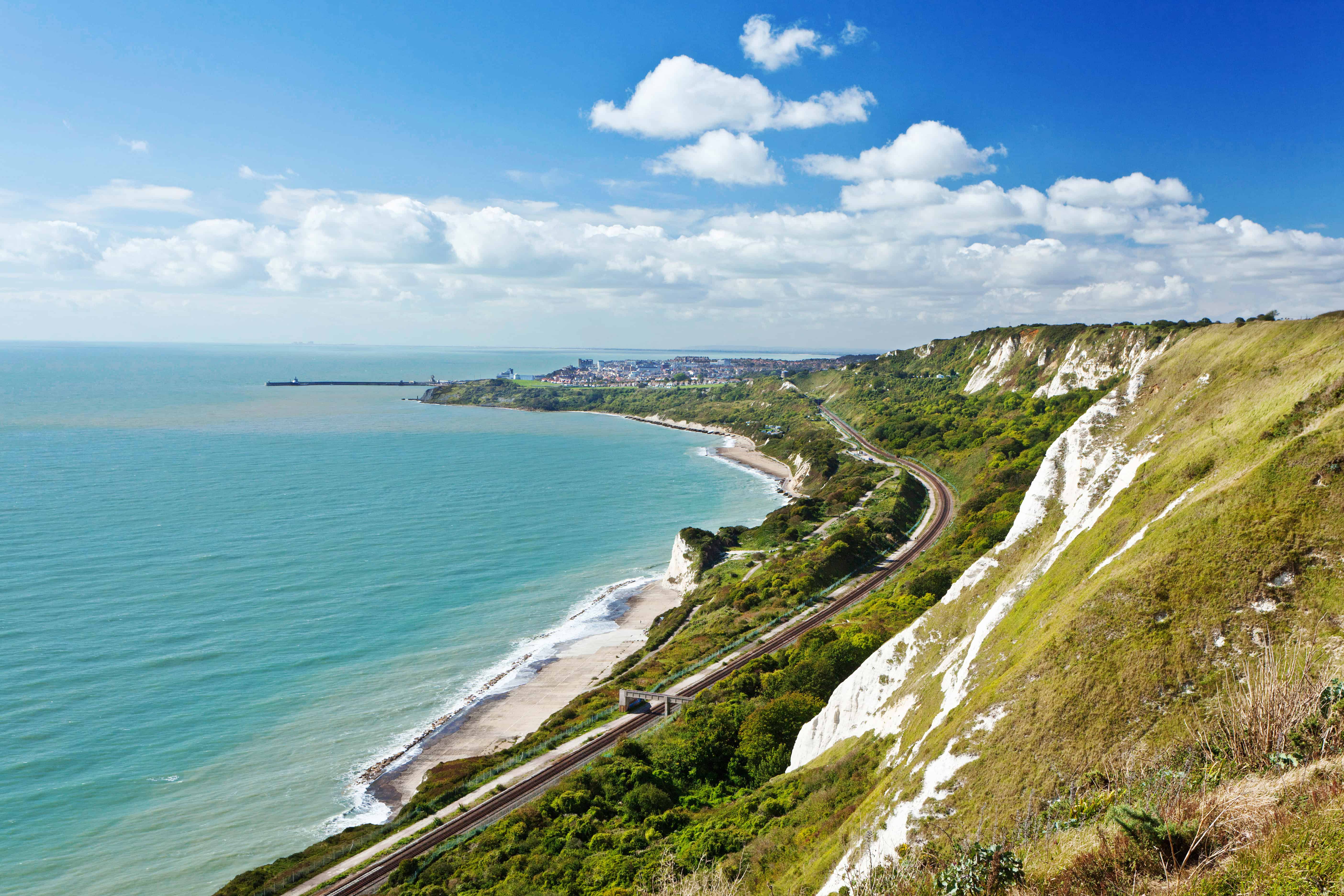 Best Loved Hotels Guide to the South of England

When we think of the The South of England, some of the most quintessentially English scenery comes to mind, including the South Downs, Cliffs of Dover, seaside promenades, historic cathedrals, impressive stately homes, lively market towns and picturesque villages. Our guide to the South stretches from the eastern half of Dorset into the South East and Home Counties, taking in The Channel Islands as well.

A vineyard on the South Downs

In the past decade, the South Downs has not only become a national park but also home to some nationally – and internationally – award-winning wines. What was once a source of Gallic ridicule, is now a prize; the French are buying up swathes of these gently rolling chalk hills in search of fine new wine terroir. England’s medal-winning wineries are scattered far and wide, from Kent to Cornwall, but they’re densely packed in Sussex, which has more vineyards than anywhere else in the UK and all within an hour of the country’s capital. A good place to sample these is the Bolney Wine Estate in East Sussex, located on a hillside overlooking the misty South Downs, with Brighton’s seaside just beyond. For a business that grew out of a four-acre chicken farm back in the 1970s, Bolney is a vanguard British winery making good on that exponential fortune. Now a 39-acre estate, expanding to 60 next year, it is winning medals not just for Champagne-method sparkling wine and early ripening whites – for which English soil is most suited – but even for reds.

A Best Loved hotel nearby – A half hour drive from Bolney, Ashdown Park Park & Country Club is a Neo-Gothic mansion set in the heart of the Ashdown Forest with 186 acres of manicured gardens and parkland, golf, spa and the award-winning 2 AA Rosette Anderida Restaurant.

Austen’s House Museum, in the Hampshire village of Chawton, is a comfortable Georgian cottage bounded by gentle lawns and flower-filled borders. Here Jane Austen, her mother and her sister Cassandra made their home in 1809. She penned some of the greatest novels in the English language during the eight short years before her untimely death on 18 July 1817 at the age of 42. The house, a museum since 1949, has several rooms to explore, which have been designed to reflect their possible use during Austen’s lifetime and filled with interesting pieces typical of the day, some once owned by the family. But the main attraction is the 12-sided walnut writing table by the window in The Dining Parlour, on which Austen wrote her tales of 19th-century society. Here she revised the manuscripts for Sense and Sensibility, Pride and Prejudice and Northanger Abbey, created the stories Mansfield Park, Persuasion and Emma, and began work on her last, unfinished, novel Sanditon. The final chapter of Jane Austen’s life left us with a rich literary legacy.

A Best Loved hotel nearby – Tylney Hall Hotel & Gardens is a half-hour drive from Chawton. This superb Victorian stately home is set in 66 acres of beautiful landscaped gardens with beautiful views of the Hampshire countryside.

Native Americans, Zulu Warriors, Pirates, Hooded Monks…all marching beneath burning sceptres. Flaming barrels of tar rumble by, the whole shebang soundtracked by the hypnotic thud of drums from troupes with names such as “Forlorn Hope Renegade Corps”. This isn’t a surreal fancy-dress street party that has got very out of hand. It’s Bonfire Sussex-style, which lights up more than 30 towns across the South Downs and along the Channel shore with crazy visions from early September to late November. Thank a host of historic Bonfire Societies, first formed in the 1850s, which gleefully spend months preparing flame-seared reincarnations of wilder pasts on ancient Sussex lanes. With 30,000-strong crowds, Lewes is certainly the biggest, but more intimate venues, such as Seaford, have a very special charm.

A Best Loved hotel nearby – Crossways Hotel, located 10 miles from Lewes, is a gem of a Georgian country house in the South Downs.

Take a walk along the Thames Valley from Hurley in Berkshire to Runnymede in Surrey, where the Magna Carta was signed in 1215. This is one of the loveliest sections of the Thames Path, which runs 184 miles from its source in the Cotswolds down to the Thames Barrier at Greenwich. Enjoy the sight of peaceful water meadows, unspoilt rural villages, historic towns and cities and lots of wonderful pubs at which you can reward your efforts.

The New Forest in Hampshire is a vast natural wonderland, from wild horse-roamed heath to wooded shores.  The New Forest is home to the largest expanse of heathland in Europe, not to mention 1500 ancient trees (some over 1000 years old) and the famous roaming ponies.

A Best Loved hotel nearby – The Montagu Arms is a charming 17th century New Forest getaway with unrivalled cuisine in the 3 AA Rosette-winning restaurant.

The venue for the recent Royal Wedding has been the family home to British kings and queens for over 1,000 years, and is the largest and oldest occupied Castle in the world. It was founded by William the Conqueror in the 11th century, it has since been the home of 39 monarchs. So stunning, this castle is where Her Majesty The Queen chooses to spend most of her private weekends. If the Royal Standard flag is flying from the Castle’s Round Tower, the Queen is in residence.

A Best Loved hotel nearby – Fredrick’s Hotel, Restaurant & Spa is a 4-star Thames Valley Escape with 2 AA Rosette cuisine and an exceptional spa ideally situated in the riverside town of Maidenhead, seven miles from Windsor.

Take in the view from the White Cliffs of southern England at Seven Sisters in East Sussex. The area comprises of 280 hectares of chalk cliffs, a meandering river valley and open chalk grassland. It is a popular place for a number of outdoor activities including walking, bird-watching, cycling and canoeing.

A Best Loved hotel nearby – The Grand Hotel Eastbourne is magnificent five-mile walk from Seven Sisters. Known as the ‘White Palace’, this majestic seaside Victorian hotel commands views of the sea and Beachy Head. The only 5-star luxury English seaside hotel and also one of the friendliest.

Decipher the symbolic meanings of Victor Hugo’s eccentric interior design at Hauteville House, the writer’s home in exile on Guernsey. Hugo spent 15 years in exile and he came to love his island home of Guernsey. Many of his greatest works were written here, including Les Miserables. Take a dip where Hugo swam in the clear waters of Havelet Bay, walk his favourite coastal path to Fermain Bay or take a stroll down to one of the island’s prettiest bays Moulin Huet.

A Best Loved hotel nearby – Old Government House Hotel & Spa is a short stroll away from Hauteville House. This delightful 5-star hotel enjooys a prime position at the heart of St Peter Port with spectacular views over the harbour. Relax in the spa and enjoy the outdoor heated swimming pool.

Cycle (or walk) up one of Britain’s most iconic climbs at Box Hill in the Surrey Hills – and reward yourself with afternoon tea at the summit. There eight miles of walks, including woodland walks, local pubs, a riverside walk, the famous Stepping Stones, Broadwood Tower and much more.

A Best Loved hotel nearby – The White Horse in Dorking is an hour’s stroll from the summit of Box Hill. This stylish and historic coaching inn is only an hour from London and Dickens wrote parts of The Pickwick Papers here.