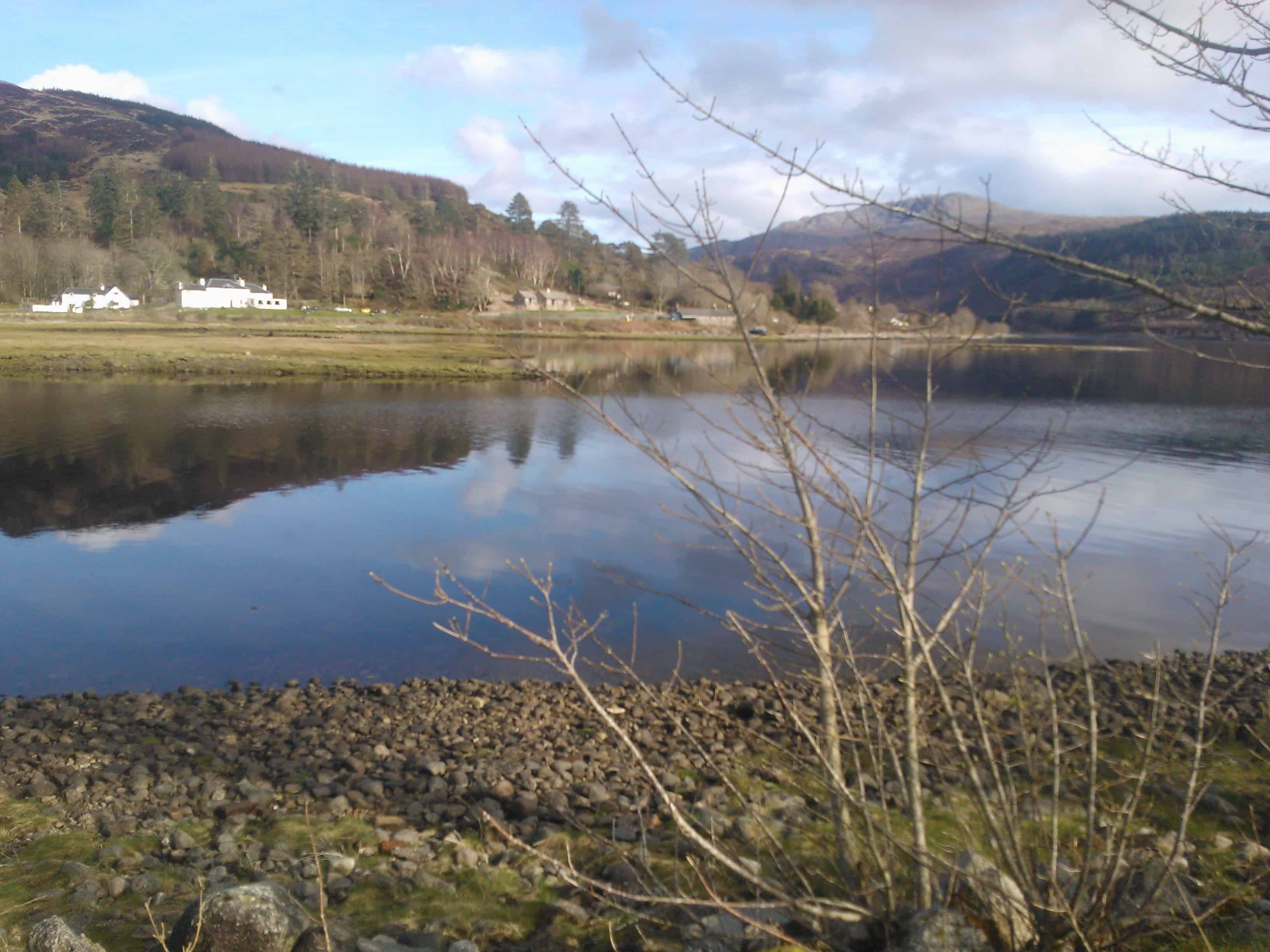 A Stay at Kilcamb Lodge by Jools Stone

As part of our series of guest bloggers, Jools Stone of Trains on the Brain stops in The Highlands to investigate Kilcamb Lodge.

Sometimes you need reminding that ‘getting away from it all’ can be closer than you think. I’ve a tendency to ignore what’s on my doorstep, relatively speaking, and fetishise a travel break overseas in favour of something closer to home. Which is criminal when you consider that being in Edinburgh I have access to some of Europe’s most pristine and unspoilt scenery, courtesy of the Scottish Highlands.

Location – Kilcamb Lodge Hotel, slap bang on the banks of glistening Loch Sunart, where you’re just as likely to rub shoulders with the local otter, osprey and red squirrel population as you are your fellow man, gave me a timely reminder of this recently.
Kilamb stands in splendid isolation on the shore of Loch Sunart, on the Ardnamurchan Peninsula, Argyllshire. Despite feeling like a world away, it’s actually within easy reach by public transport, by train from Glasgow to Fort William, a bus and possibly the world’s shortest ferry crossing.
Kilcamb embodies rural charm before you’re even inside. We crunched our way down the steep gravel drive to find in the doorway a dog bowl (canine guests even get their own towels for post Loch splash-abouts) and an old pair of wellies, which have been upcycled into a wildflower pot.

Grounds – Kilcamb is perfect for those lusting for sheer tranquillity and re-acquaintance with nature. The 23 acres of grounds have been carefully tended to compliment the dramatic loch side setting. A series of paths have been neatly cut from the marshy banks, a single, huge lime tree is framed at the top of the turning circle out front. By night it’s dramatically illuminated, lending it a stage set quality.

Inside Kilcamb – The smell of wood smoke from the lounge fire beckons us in and we’re struck by the large stained glass window in the hall. A minister owned the house before WW2 and simply brought it with him from his church. Hotel Manager Anne welcomes us with a tour and a bundle of maps and walking guides. A bottle of prosecco is dutifully chilling in the room.
The communal rooms are inestimably cosy. Before dinner we sink into a sofa in the lounge and enjoy an aperitif, while the fire hisses at us. In the opposite corner, sits an old bureau, telephone and typewriter, where you can well imagine Dr Fraser Darling scribbling away at the manuscript for the West Highland Survey, which he wrote living here in the 40s.
It seems that some guests just can’t wrestle themselves away from the pressures of the modern world. We were surprised to learn that Wi-Fi has been installed in both public rooms, driven by customer demand. And this is in a village where mobile reception is scarce at best.

Bedrooms – The rooms, all of generous sizes, are furnished in a fairly traditional style, floral patterns and tartan abound, but with some eccentric touches. One is done up with a bedspread and curtains featuring a menagerie of African animals and each has its own cuddly mascot to welcome you. Ours is Oskar the Otter, who has a fish sneakily stashed away in his satchel.
We have Room 12, a Junior Suite and considered their best room, due to having two windows (one with a window seat) looking out onto Loch Sunart and a rainfall shower. The bathroom has a bigger talking point though in the shape of an overhead body dryer, which whirrs into life like a Star Trek teleporter and feels just like standing under a giant ceiling-mounted hair-dryer. Anne tells us the owner was so mesmerised by it he just had to snap it up.

Food at Kilcamb – Country hotels in further flung places generally have to offer something special to turn themselves into a destination. In Kilcamb’s case it’s their outstanding food that secures the luxury hotel tag. Dinner is a consistently excellent, fine dining affair, spread over six courses. Highlights include the extremely delicate spelt mushroom risotto and a main course of super tender venison shoulder wrapped in savoy cabbage. Oh yes and the petit four plate, which is decorated with chocolate to spell out Happy Birthday.
The service was very attentive (one of these places where your napkin is continually re-folded throughout the meal, but it’s done in a relaxed fashion, so that you barely notice it) and we were impressed by the butter roses which Anne had hand-carved herself.
The full Scottish breakfast was reliably satisfying too, with alternatives on the menu including poached apricots and melon sorbet.
We left feeling fully re-charged and reminded that a communion with stillness and nature is never that far away.

Reviewed by Jools Stone. For more of Jools’ travel writing, visit his blog, Trains on the Brain.
For more information on Kilcamb Lodge Hotel, including special offers and breaks, click here.